Windermere Valley Golf Course is great for the whole family

This season is opening with a big change at the Windermere Valley Golf Course. Columbia Valley catering queen Anne Riches has been appointed as the course’s new food and beverage manager. Annie’s Kitchen—as it is now named—will be serving “premium quality food creations in a friendly family atmosphere,” according to the charismatic Riches. Unlike years past, the kitchen will now be operational for a full 12-month season. In a testament to Riches’ popularity (along with her partner and daughter, Brandi), already eight catered Christmas parties are planned for the distant holiday season at the course.

Riches learned to scale her catering while working for the Calgary Stampede throughout the 1990s and has for many years been an independent caterer in the Columbia Valley to events such as the Invermere Rod and Gun Club’s annual general meeting. Most recently she served as the food and beverage manager at Copper Point Golf Club. It was here where her popular Friday night buffet was enjoyed by many. The buffet concept is something she said she would like to bring to Windermere Valley in addition to brunches on special dates such as Mother’s Day and Labour Day. For those uninitiated to Riches’ cooking delights, her Caesar dressing is not to be missed.

As for the course itself, all 18 holes and the driving range have been open since mid March. Head pro Dale Moore said, “Conditions are in great shape and are on pace to being in fabulous condition once peak season hits between May and October.”

Windermere Valley is also announced that tee boxes were re-sodded on signature holes (6 and 15) and a new pricing structure offers incentive to play when the course is traditionally not as busy. For example, it is more affordable to play in the wee hours of the morning, during the week and after 4 p.m. as opposed weekends and between 8 a.m. and noon.

For those looking for a family oriented, relaxed atmosphere and a delectable 19th hole dining experience, look no farther than Windermere Valley Golf Course.

What’s new: Re-sodded tee boxes on signature holes (6 & 15); a new pricing structure that offers incentive to play when the course is traditionally not as busy. 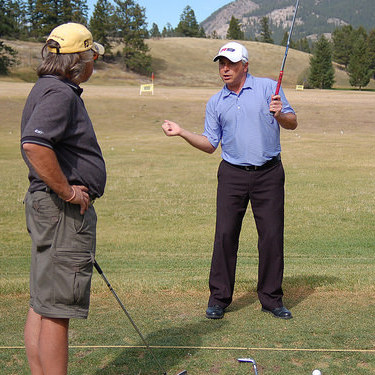